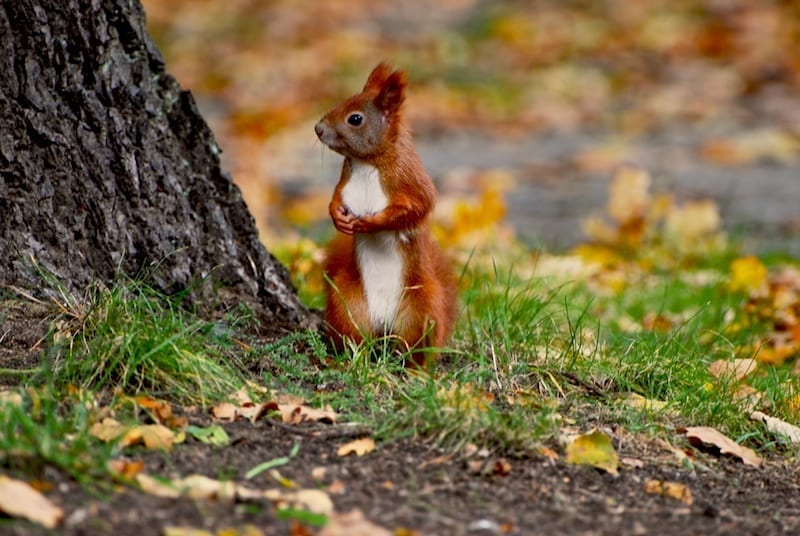 To the majority of people living in the British Isles today, the mention of squirrels conjures up an image of the American grey squirrel.  But when you find yourself in a ‘red squirrel only’ area – such as the Isle of Wight – the naturally elusive and timid, smaller red squirrels are a treat to behold.

Red squirrels are our native species and definitely win the prize for being fascinating, cute and enigmatic.  People with ‘garden’ red squirrels often consider them part of the family. Of course those who have only ever had grey squirrels in the garden may view them with equal affection &, regrettably our native red squirrel’s story is inextricably linked with that of the introduced American grey squirrel.

Sightings of our native red squirrel are frequent on the Isle of Wight.  Island woods are relatively small and fragmented and often near roads or development & whilst this brings its own hazards for our red squirrels, it also provides a greater chance of seeing one.