The History of Red Squirrels on the Isle of Wight

The Isle of Wight is fortunate in having the Solent as a barrier to direct grey squirrel invasion.  However our squirrels have not been spared the landscape changes that also affect the rest of the country.

From the Neolithic period onwards the needs of agriculture have altered the Island’s landscape.  When hedgerows and small fields were common, it’s said that squirrels could travel from one end of the Island to the other.  This is certainly no longer the case!  In the south of the Island, lighter soils have provided good agricultural land and there are no sizeable woods left.

The heavier clay soils in the north of the Island are much harder to work and tree cover is higher.  This is where the majority of our squirrels are found.

When our charity founder Helen Butler MBE started working with red squirrels on the Island in 1991 numbers had dropped to a low level as a result of the 1987 hurricane.  Apart from the tree loss and the inevitable decrease in winter food, corridors & links were disrupted leaving some woods isolated.  People who had fed squirrels in their gardens for years reported their loss.  However, numbers rose steadily throughout the 1990’s and once again red squirrels are seen regularly in gardens parks and woods. 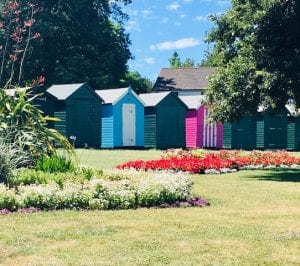 Come and visit us at this wonderful local event!   We can’t wait to find out about your latest red squirrel sightings and chat about

Not confirmed just yet but we are fervently hoping to be at this incredible, family event this year. Watch this space for confirmation and further